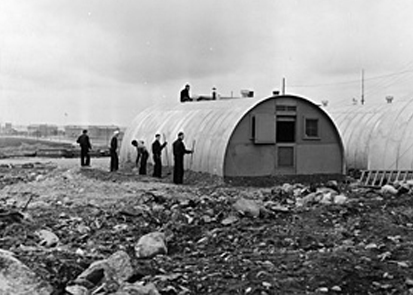 The Cook County Assessor’s Office, responsible for setting values for each of Cook County’s 1.8 million parcels, divides the county’s buildings into 107 different categories – most of them familiar: residential buildings broken out by number of stories and units, commercial buildings by type of use and height (gas stations, banks, theaters, supermarkets, and bowling alleys all get their own categories), garages, and farm and industrial buildings.

The Assessor’s parcel-level data is an essential part of IHS’s research, and understanding each building type in the Assessor’s classification system is a key part of ensuring the accuracy of our analysis. While this usually means cross checking numbers or verifying addresses, sometimes it means figuring out why a particular building type is classified or named a certain way. One such inquiry, into the origin of the unusual Assessor category “Quonset huts and butler style buildings” revealed an unexpected story and a connection to a very different type of housing crisis than the one we know today.

With an appearance like a metal tube that has been sawed lengthwise down the middle and had a door added at one end, the Quonset hut was created during World War II to solve the U.S. military’s need for a prefabricated, portable structure that could be shipped to military outposts to serve a variety of purposes, including as soldiers’ quarters. (1) They were instant structures, and more than 150,000 were manufactured and used by the Navy as barracks, latrines, mess halls, and for storage. And when the war was over, the unused supply remained in the possession of the U.S. government.

While today vacant homes dot the city’s landscape, at the end of World War II, Chicago, like the rest of the country, faced a severe housing shortage. Construction of new homes had come to a virtual stop during the Great Depression, and building materials had been diverted to war efforts. Meanwhile, heavily industrialized cities like Chicago had seen their populations rise as workers from rural areas came to fill jobs related to war-time manufacturing. The halt in construction, rise in population, and return of soldiers home from the war combined to turn the housing shortage into a full-blown crisis.

Towns and cities with universities were particularly hard hit by the housing crisis. Between the mid-1940s and mid-1950s, 7.8 million of 16 million World War II veterans would take advantage of the GI Bill by pursuing education or training at a university or college. (2) In 1945 the U.S. Congress instructed the military to supply the Federal Housing Administration with all of its surplus buildings and materials from the War so that they could be sent to college campuses as emergency housing for veterans and their families. (3) In 1946, approximately 100 Quonset huts were sent to Northwestern University in Evanston where they were used to house single male students – just as they had during the War. The huts were placed at Central Street and Ridge Avenue, on Isabella Street (4), and on campus near Deering Meadow (5). Other Quonset hut villages in Illinois included a large village of Quonset huts in Norwood, Illinois (6). Across the country, Quonset huts were used as temporary, emergency housing and in many cases, these original buildings have remained in use. Using Google Streetview, we looked at every building currently classified as a Quonset hut in Cook County and did not find evidence of any original World War II-era Quonset huts in use today. However, according to the Assessor’s Office, the Quonset hut or butler-style building is a category now only used for commercial or industrial buildings. This means that if a Quonset hut were being used as a private residence, it would be simply classified as a single family home. Therefore it is possible, though highly unlikely, that original Quonset huts remain in Cook County as a part of the residential building stock. Regardless of their physical presence however, their legacy as one of the first in a long line of post-war pre-fabricated residential and non-residential structures certainly remains. From A Vacant, City-Owned Lot To Chicago's First Indigenous Garden 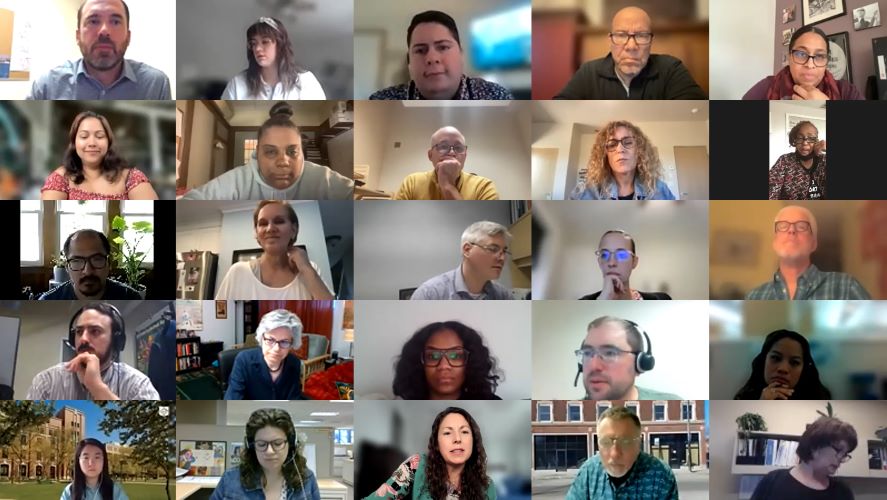 Can a new housing development revitalize Bronzeville without displacing residents?